Today was special. One child happened to bring a marble in her pocket from home, then shortly after another child  happened to bring a marble from home as well!
The two children began to build a marble race track, catching the attention of a group of other children. Shortly after Mrs.Thiele located some marbles and some plastic tubing so we could all work on building marble tracks.
Marbles can be quite dangerous for younger children so we took precaution such as only giving one marble to each child, designating a marble only area, and having a teacher supervise the marble building closely.
"Mrs.Thiele where's my marble?" 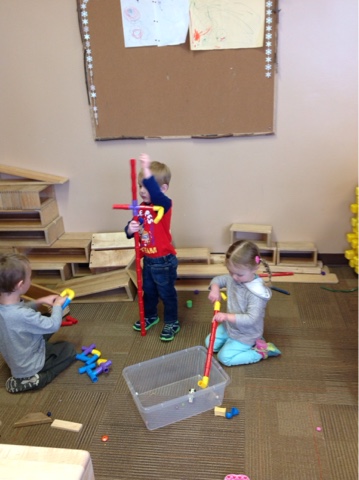 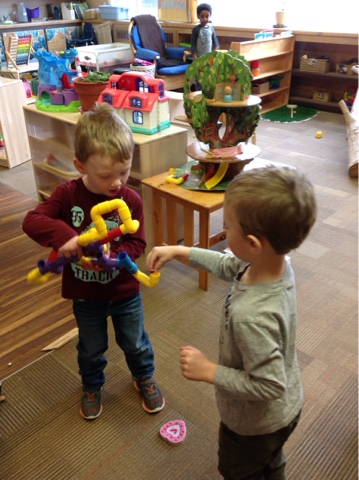 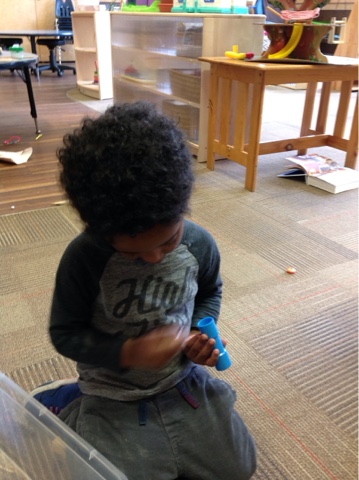 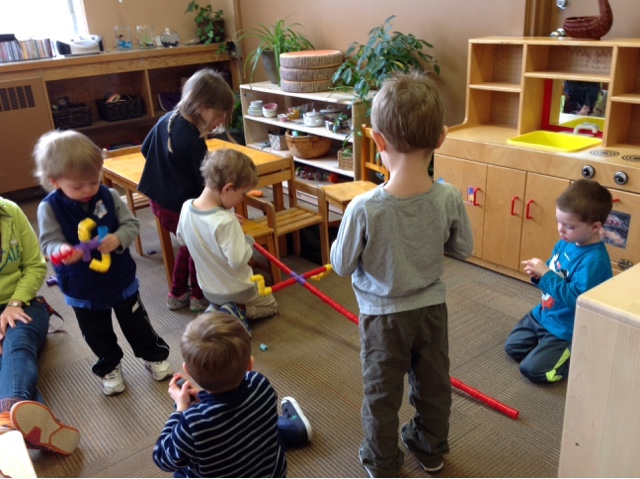 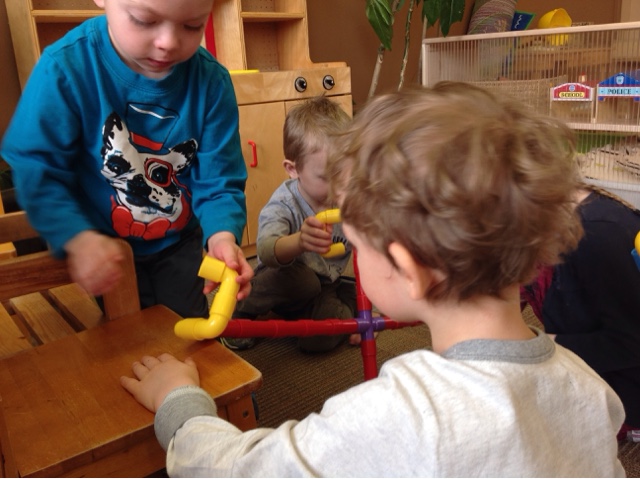 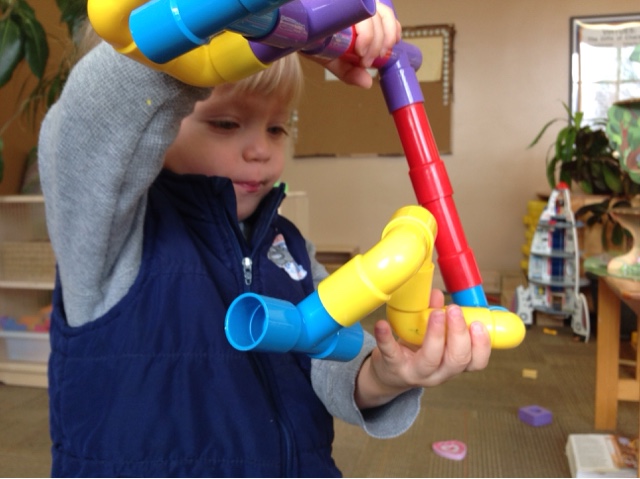 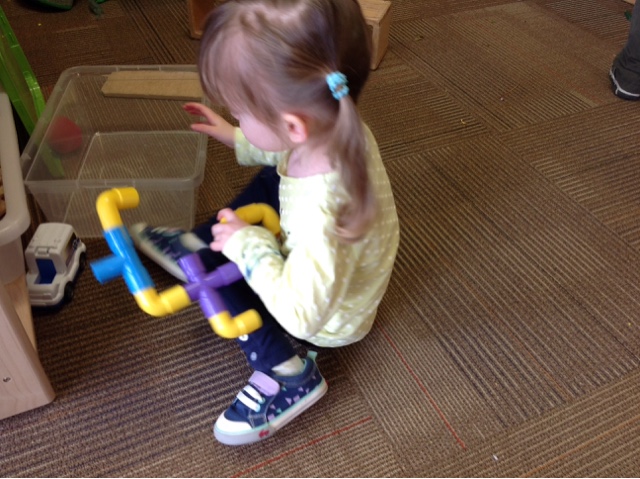 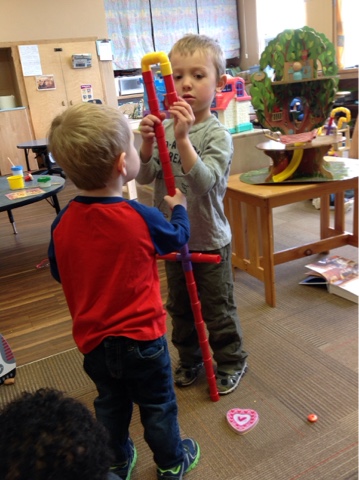 By Mrs.Thiele
Posted by Unknown at 13:31