There's a storm a brewing

We had a fire drill this morning!
For some children it was their first time hearing the buzzer and having to leave the yard in a rushed manner. This can be a little scary for children when they're not sure what is going on, everyone is moving, and teachers are calling out directions. After we were told it was safe to come back I observed some intesting play happening in the little house. 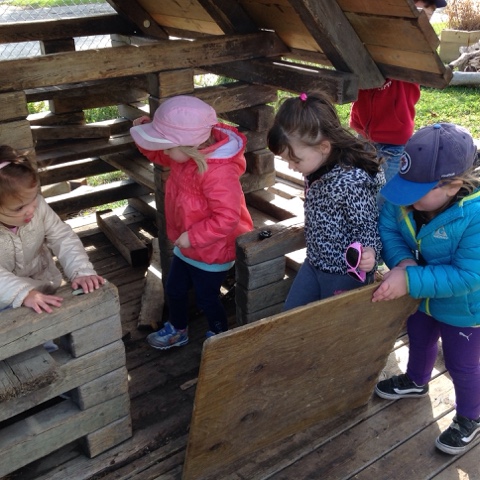 The children looked genuinely concerned as they rushed each other into the little house, even I was told I must come in the house to stay safe. 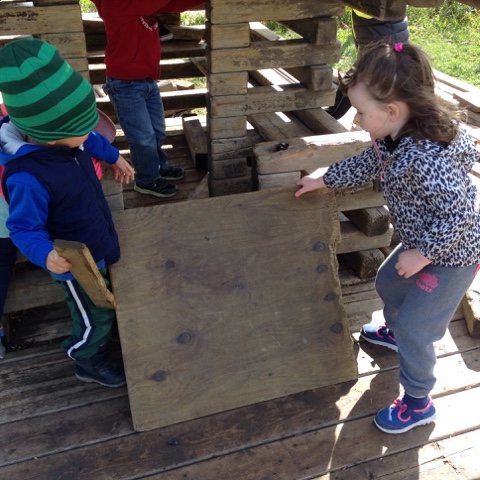 "Close the door!"
"There's the storm, see the clouds?" 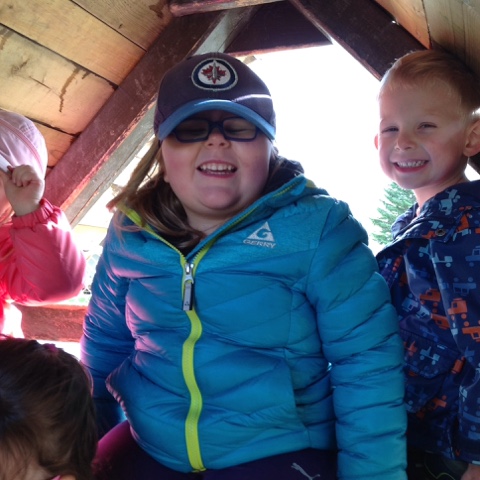 Then one child left the house saying:
"It's okay, I'll get the storm to stop"
Soon the child returned saying
"It's safe now, the storm is gone."

The children continued to repeat this play, rushing into the house then having one or two brave children go out to stop the storm.

Play for children is a very real event. Often we see children acting out complex ideas through play to better their understanding of these concepts. It is very possible that some of these children were playing out the fear that they felt during the fire drill, working through that fear and eventually feeling comfortable enough to be brave and say "it's okay it's safe now."